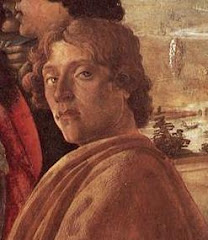 While I am not always the most avid follower of Alexis' Tao of D&D blog, this post is, as Talysman points out, extremely succinct and spot-on.  Check it out if you haven't.  In it, Alexis correctly states that:

People roleplay at the level of comfort which suits them personally.  [. . .]  No matter how you huff and puff, no matter what games you invent or tables you ascribe towards the manufacture of roleplay, at best you'll get those who were inclined to sketch out the Sarsparilla family tree without your help; and if those people happen play a game where there are no roleplaying rules provided, they'll do it just the same, because they don't need your damn rules.

I share Alexis' disdain for (or at least general disinterest in) role-playing-heavy systems like White Wolf's Vampire -- I have never played it.  Of course, some of that has do with my utter lack of interest in paying a vampire or other "monstrous" character.  But is is also true that as a RPG'er brought up on Holmes-era D&D, White Wolf and all those 1990s hipster RPGs just seemed to be taking things too far in that "narrative" / "storytelling" direction.  As Alexis says, players will infuse even the simplest tokens (like plastic Risk pieces) with "character" and infuse role-playing into whatever scenario is placed in front of them.  Human beings display a persistent tendency to anthropomorphize and narrativize (or aestheticize) practically everything they come into contact with. 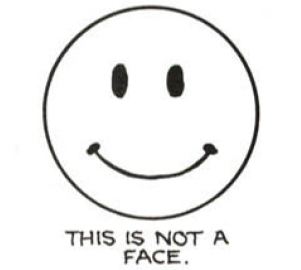 The human tendency to anthropomorphize simple icons is what leads us to see a smiling face here. Illustration copyright 1993 Scott McCloud.


So rules that encourage or mandate role-playing probably aren't necessary unless the kind of game you want to run is incredibly character-psychology-driven.

Also, as I have discussed before, the DM can do a lot to encourage role-playing by hamming it up when s/he portrays NPCs.  So in short, and despite my belief that the particular rules system you choose DOES impact the tone and feel of your game, I would agree that role-playing rules are sort of redundant, unless you are pushing toward an extremely psychological (rather than action-driven) type of play.

UPDATE: Roger at Roles, Rules, and Rolls supports this point as well, and even references Scott McCloud!