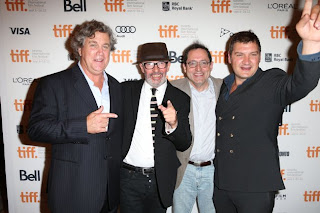 Ken St. Andre returned to Toronto for the premiere of his new Tunnels and Trolls movie, a joint production of Film Canada, Canal+ and Flying Buffalo, at the Toronto International Film Festival. Sporting a new hat and buoyed by recent appearances at OSRCon and GenCon, St. Andre was heard to say that his film was way better than films about That Other Game, that Gygax couldn't screen-write his way out of a paper bag, and that no one around here seemed to be able to take a joke. The film is scheduled for limited release in time for Christmas 2012.