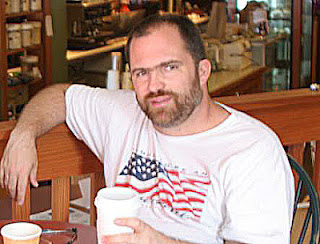 Since Spawn of Endra is abroad right now, having all kinds of fantastic adventures, it falls to me to update the Lands of Ara readership about what is going on in my personal gaming milieu at present.

First, it should be noted that I have been working very laboriously upon an academic article for the past several weeks -- it is coming along well but is eating a lot of my time and concentration. Not only has this limited my contributions to the blog of late, it has also meant a slowing down of my personal RPG'ing schedule as well. I am now cut back to running my so-called "home" Lands of Ara campaign via Skype, and running the twice-monthly Lift Bridge "Lost City" campaign, which is chugging away quite nicely.

I am also "preparing" for OSRCon 2012, by which I mean eagerly awaiting Spawn's return to the U.S.A. so we can make our travel plans etc.  I also greatly look forward to running this adventure of mine, Keep of the Zombie Master, at the Con this year. And, of course, to meeting the legendary (and legendarily nice guy) Ken St. Andre in Toronto!  Tunnels and Trolls rules!!

Once I get back from that exciting event, I will get refocused on finishing up two modules up for pdf-style and/or POD publication: first The Tower of Death, the adventure I ran at OSRCon 2011, and then Keep of the Zombie Master, this year's Con module. Both are completely drafted, and The Tower of Death is playtested and merely awaits artwork, cartography, and layout. Keep of the Zombie Master is receiving its preliminary playtest at OSRCon 2012, and may get run again with the Lift Bridge Group if I can make that work. Then, following manuscript revisions in response to those playtests, Zombie Master will need artwork and cartography and layout before it is ready to "ship."

Let's pray Spawn of Endra returns safely from this place.