In between bouts of inadvertently spurring people to publicly state that they hate Rients' d30 rule, I was looking through a notebook of mine this week and found that I had written:

Dear xxxx, Imperviate the following with whatever significance you wish, but ....

And I thought, is that a word, imperviate? So I googled it and for once the Internet actually showed me something cool. Up came the following phrase:

This turned out to be #13 of 101 New Years Resolutions for 2012 made by Ceephax, aka Ceephax Acid Crew, an old school acid techno DIY dude. 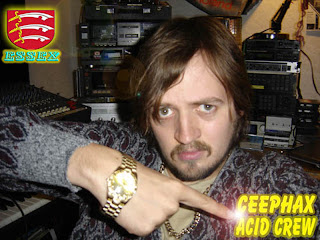 These would make a good random table for curses, ransom demands, quests, riddles, or whatever. Check it out here. Among my favorites:


And so on. I'm not much of a techno fan, but I dig this guy's low-budge DIY vibe. You must also watch this video for "My Way of Life":


The epic saga of Commuter is also recommended.