Starting where the last session left off, this one began with the party standing in the uncannily empty, snowy, and fogbound city of Farn Junction, next to a demonic hellpit they discovered in the middle of the Lord Mayor's heavily fortified Residence there. It was mid-morning of Day 173 of their Arandish adventures, only four weeks into the harsh and lengthy Minochian winter.

Having just vanquished three saurian balrogs rather handily, they decided to check out how many more such demons were lurking about the otherwise abandoned Lord Mayor's Residence. Vivuli climbed to the roof of the apartment by which they entered the keep-like Residence, then lowered a rope to his fellows. No sooner did the PCs reach the roof and start moving cautiously north, under the veil of a divine silence cast by Innominus, than a saurian balrog leaped into the sky from the neighboring two-story tower and headed their way.  Viv took careful aim with his bow, and with the assistance of Yor, Dak, and Innominus, picked the balrog out of the sky in a single round.

However, this swift slaying merely brought three more balrogs to the scene; these three flew at high altitude, out of bow range, and started dropping fire gems on the party. The first two gems missed wildly, exploding in the alleyway to the east and the courtyard to the south.  The next round, the party won initiative -- by rolling a d30! -- and fled the rooftop, jumping down into the alley to the east and into the northernmost window. They found themselves in a mostly empty storage room.

[Hazel joined the session at this point.]

The always audacious Dak leaped back out the east window of the room, attempting (I guess) to get a good shot at the airborne balrogs, or to lure them down within melee range.

The "X" marks the first balrog's previous guard post, in front of the two-story tower.

Vivuli cast invisibility on himself and followed Dak. One of the overhead balrogs loomed dangerously overhead, and dropped a fire gem on Dak's position.  The quick-thinking dwarf dove into the next window south on the west side of the alley; the gem burst outside, heating the room and illuminating it in a reddish glow, which revealed it to be full of at least twenty-five human corpses hanging on meathooks. The fire gem's flame licked into the room, roasting a few of the decaying corpses and creating a ghastly charred-meat-and-death smell.  Dak, gagging, laid low and "played dead." Viv, having jumped back in the window and taken cover in the northern room with the rest of the party, x-rayed through the shared wall and confirmed that Dak was actually still alive in the meathook room.

While Innominus cast dispel magic at the roaring flame outside in the alley -- to no effect -- Yor began bashing through the shared wall between the rooms with his +1 crowbar. Dak hacked away at the wall from the other side, and within six minutes, the two dwarves had chopped a hole large enough for party members to move through.

Meanwhile, one saurian balrog landed in the street just outside the northern room. The party won initiative yet again -- by rolling another d30 for the purpose -- and Hazel used her wand of paralyzation to attempt to freeze the fearsome demon in place! But it resisted the power of the spell, and a fierce melee ensued as the balrog attacked through the window. Despite some close calls with its flaming whip, the balrog didn't manage to hit anybody, and in a few rounds, the party hacked it to death. They looted the balrog's whip and one remaining fire gem, bailed back into the apartment by which they first entered the compound, and fled the city via the underground tunnel.

[Hazel left the session at this point.]

Outside the city walls, the wind and snow had picked up considerably, creating near-whiteout conditions, and they trudged east across frozen fields to Arkus' encampment. When they reported what they had found inside Farn Junction, the Prince of Minoch said simply:

Dak advised Arkus to acquire New Steel weapons for all his soldiers, and to post more guards at the hidden well and at various points around Farn Junction's walls. The Prince agreed and "made it so." The party then headed off to the north, skirted the city, and picked up their dispel ethereal being scrolls from Warren the Black, ultimately bound for their silver mine in the mountains to the north.

As they ventured up into the mountains, a vaguely dragon-shaped being made of magma flew into view from the direction of the city, swooping in to attack the party. Uncle Junkal waved and signified peace. Somehow, this gesture got through to the creature, and it sent a telepathic message to the rodian bard, saying I WILL SPARE YOU FOR NOW. Then it spewed a warning shot of white-hot magma at a spot near the party, and banked and flew away toward the east.

The morning of Day 174 of the party's adventures found them back in their mine, lying in wait for their ghosts to appear. They spent seven hours down there until the first ghost appeared; Viv read out one of Warren's scrolls and it vaporized the ghost.

A messenger from Prince Arkus arrived at the mine that evening around dusk. Innominus detected evil in the messenger, though, so the party hogtied the guy and eventually Unclke Junkal interrogated him.

UNCLE JUNKAL: Confess to something evil or we'll stick toothpicks under your fingernails!

HOGTIED MESSENGER: But I don't know anything about any evil! I am Robertson, a messenger in the service of Prince Arkus!

Within the hour, the PCs exposed this "messenger" as a Doppelganger, and slew him.  Three hours after that, by late evening of Day 174, they tracked down the other two ghosts haunting the mine and disintegrated them with their two remaining dispel ethereal being scrolls.

And that is where the session ended. 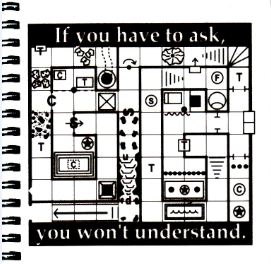