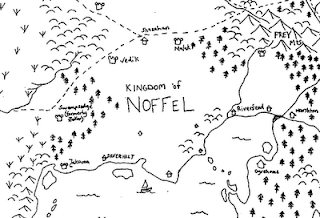 Noffel is the oldest human-governed land in the Lands of Ara; all humans in Ara, except the Mizarians, are directly or indirectly descended from the Ancient Noffellians.  Those readers wishing to learn about the history of Noffel are urged to consult this post, this post, and this post; those interested in present-day Noffel should read this, and those interested in one of Noffel's most legendary sailors should check this out.  In contrast, what I plan to write about today are the REAL-WORLD ORIGINS of the imaginary Land of Noffel. 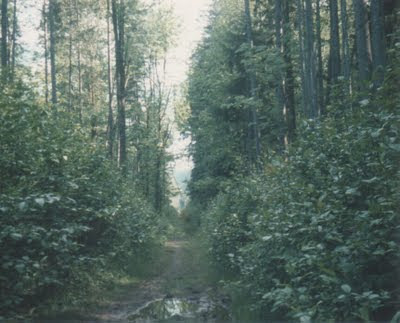 The original "Noffel," really the woods behind my parents' home in Western Washington State.

Like its game-world counterpart, Noffel has "ancient" origins -- in my early childhood.  During my elementary-school years, I played in the woods behind my parents' home (in Washington State) with my brother Chad and neighbor Scott.  We three most often played in a "high fantasy" mode, building "forts" in the woods, constructing swords out of nailed-together 1 x 2's, and battling imaginary monsters.  This was, I believe, prior to my introduction to D&D; but I had read The Hobbit and we had all seen the Rankin-Bass animated version of that work.

By 1981 or '82, I would start playing D&D, and the neighbor kid, Scott, would get into He-Man and the Masters of the Universe, thus expanding our repertoire of fantasy adventure source material. In fact, through exposure to Scott's He-Man action figures and the popular animated show, we got our first dose of gonzo science-fantasy, which surely influenced our outdoor play as much as the earlier Tolkien works had done.  I strongly suspect that "The Gleaming Sword of Noffel," an imaginary artifact we were frequently seeking in our outdoor adventures, was likely based upon that two-part magical sword used by He-Man and Skeletor. 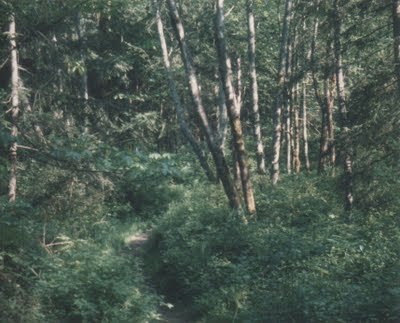 Interestingly, although our play in the woods called "Noffel" predates my first exposure to Holmes Basic D&D, we three lads nevertheless assumed heroic "characters" in our outdoor adventures: I was "Grimmtooth," Scott was "Silverblade," and Chad was "Chadwick."  I don't recall now if we each came up with those names on our own or if I, in an early DM-like move, invented and assigned them.*

What is certain is that when I co-wrote the Crimson Blades of Ara RPG starting in the late 1980's, my early play experiences with Chad and Scott -- and the name of our fictional fantasy land -- became part of the DNA of the game.  So Noffel became the most ancient kingdom in the game-world of Ara, and Silverblade in particular became a key heroic figure in the history of Noffel. 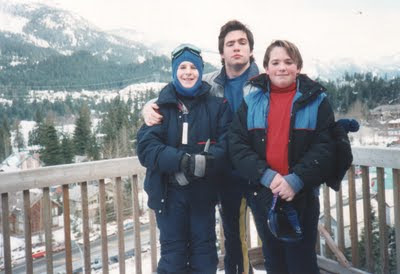 Scott, me, and my brother Chad.  Seen here on a ski trip, in the woods of "Noffel" we were early proto-LARPers. 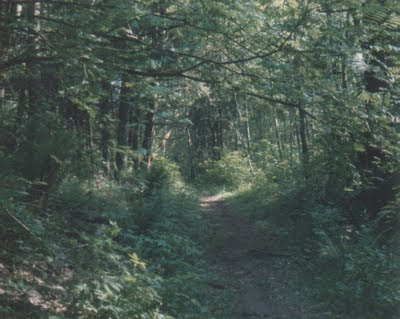 Noffel forever!
--
* My character name of "Grimmtooth" suggests a connection to the Flying Buffalo publication Grimtooth's Traps, released in 1981.  It is possible that while we played in Noffel for many years prior to that, maybe we did not adopt concrete character names until after my exposure to D&D and T&T.