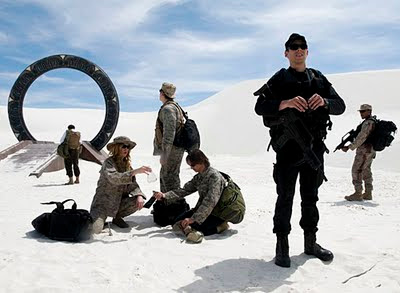 This will be a somewhat brief and/or "lazy" blog post, as I do not really have anything comprehensive or concrete to say about adventuring on other planes of existence (i.e., alternate dimensions that somehow adjoin my campaign's home dimension of Ara).  As I have previously discussed in my earlier post on planes,

"I have never felt a need to explain or justify how or why the planes work, nor have I ever felt the need to catalogue, categorize, or otherwise elucidate the 'facts' about the extant planes in my campaigns. In fact, I deliberately leave that stuff pretty damn open-ended and nebulous, since the average PC knows shit-all about other planes, and even those rare individuals who investigate or engage in planar travel do not widely share their hard-earned knowledge with the public. In short, in my campaigns, visiting other planes is rare and requires the help of a specialist who knows what he/she/it is doing. Thus precious little 'common knowledge' about other planes or how to reach them exists."

So instead I would like to defer to two cleverer bloggers than myself who have posted some very insightful ideas about how to deal with other planes in D&D:

+ Talysman, Doing Without Planes and the follow-up, Ethereal and Astral. These are really terrific posts with which I basically agree, especially his contention in the first one that:

"I've long thought it might be easier and more interesting to do away with other planes of existence. [. . .] There's no real need for something like the Outer Planes, just some very remote places in the mundane world like Mount Olympus. Similarly, elementals can congregate in large pockets of elemental stuff right there in the "real" world: volcanoes (or maybe the sun) for fire elementals, the sea for water elementals, cloud islands for air elementals, deep underground for earth elementals."

+ NetherWerks, Plane Speaking. Taking the opposite tack from Talysman, NetherWerks here expands upon the underlying logic of the other planes: what they are, how to justify them in your game-world, etc. This may be a bit too in-depth for me -- I prefer Talysman's minimalist / reductionist approach -- but it is essential reading nonetheless.

Note also that I will be discussing Q1: Queen of the Demonweb Pits, my favorite extra-planar TSR adventure module, in tomorrow's April A-Z post.