As regular readers know, I am a huge fan of vampires, and have accordingly decreed that the typical Arandish Vampire is much more powerful than the "standard" D&D vampire. I have little to add to my prior comments about the role vampires play in my D&D game, but I want to take this opportunity to explain which pop-cultural (and specifically, cinematic) vampires have been most influential to me.

Being a Generation Xer who came of age in the 80's, the first truly scary vampire I remember seeing on film (or, in this case, on TV), was Mr. Barlow, "the Master" in Tobe Hooper's 1979 mini-series adaptation of Stephen King's 'Salem's Lot. That sonofabitch is SCARY looking, and when he first popped up in that jail cell sequence, he scared the crap out of me. 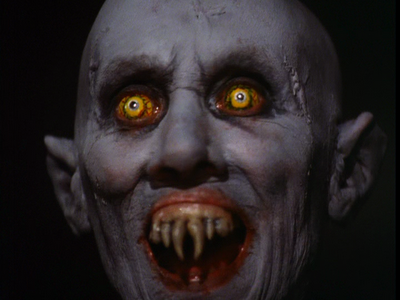 At the time, I was of course aware of Bela Lugosi's famous 1930 portrayal of Dracula, but I found the Salem's Lot vampire much more frightening and believable: less human or "civilized" than Lugosi and much more like a bald, rat-like, animalistic bloodsucker. Nasty! 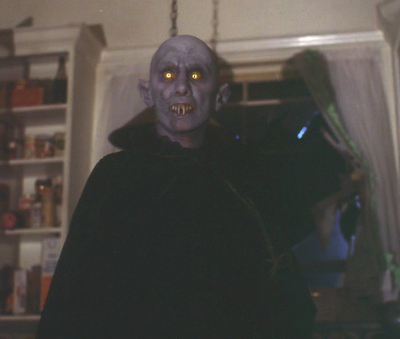 As a young lad I did not know that Hooper's depiction of Mr. Barlow in Lot was an homage to the ORIGINAL cinematic vampire, Count Orlok, portrayed by Max Schreck in F.W. Murnau's classic silent film Nosferatu (1922). 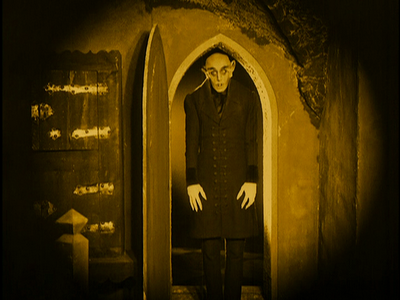 Today, as an "adult" and a professional film scholar, I would nominate Schreck's performance in Murnau's masterpiece as the best embodiment of a screen vampire ever. So creepy, especially in the "Death Ship" sequence: 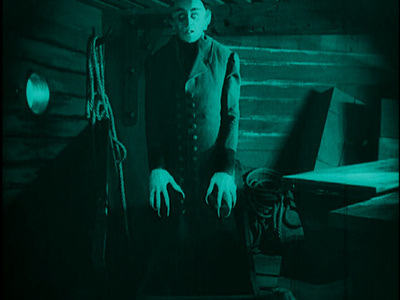 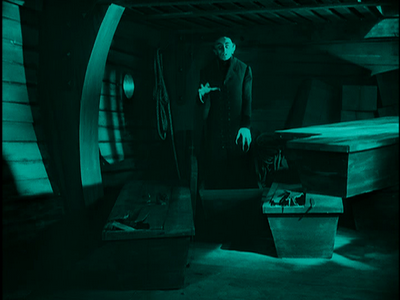 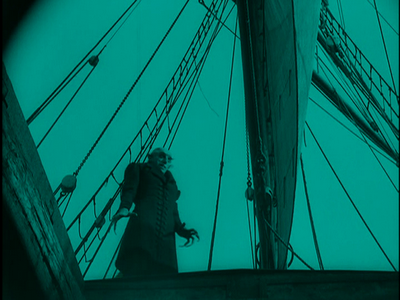 Still images hardly do this scene justice -- it's how Schreck moves across that deck that really conveys his uncanny "undeadness."
To conclude, I would be remiss if I did not mention the second-greatest vampire portrayal ever, and surely the best one of the sound cinema era: Klaus Kinski as Count Dracula in Werner Herzog's 1979 remake of Nosferatu. 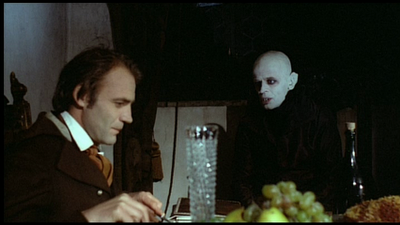 Bruno Ganz as Harker and Klaus Kinski as Dracula. 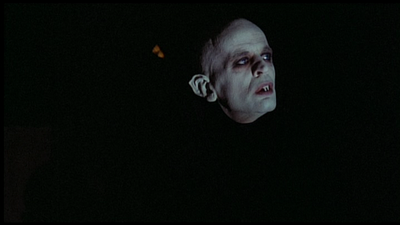 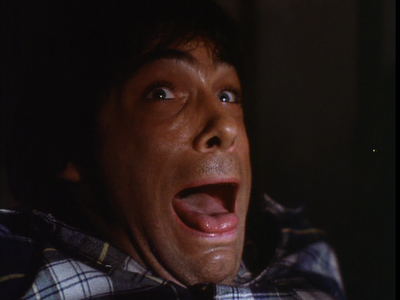 I know how this guy feels!