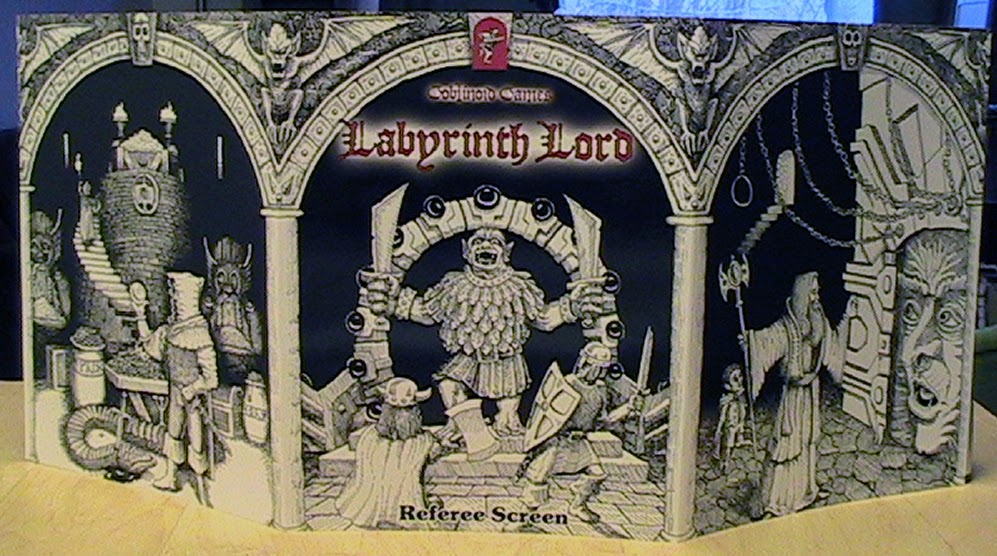 I have been busy running my two Labyrinth Lord campaigns: my so-called "home" campaign that meets about once a month over Skype, and my public game at Lift Bridge Book Shop that meets on the first and third Sunday of every month.

I will return to the "home" game in a moment but first a few words about the Lift Bridge game. As I have mentioned before, it is mainly attended by a group of younger gamers -- a couple twentysomethings, and one gentleman closer to my own age,* but mostly lads 14 and under (about 4-5 regulars in that age category). I have been getting increasingly drawn in by that group and am really enjoying how the looseness of OSR gaming synergizes with their wild imaginations. They are also, on the whole, getting smarter as players -- more dungeoneering, planning, and coordination of effort is taking place relative to when we began this group back in June 2012. It also probably can't hurt that we are generally in the "sweet spot" for LL game play, when most of the PCs are between levels three and six.

However, on top of all this, one of the biggest triumphs of my entire gaming career took place at the end of today's session, when one of the younger-generation gamers, Jake, told me that he is running his own game on the side -- using Labyrinth Lord!!  I asked him why he chose that system, and he said that as a DM, it was far easier to run LL than D&D IV. I concurred with his opinion, and told him I was pleased that he and his friends were enjoying LL even when they weren't playing it with me. I went home beaming inwardly that I seem to have succeeded in my stated goal in starting this public game, to wit:


my main mission in reaching out to [members of younger generations] is to introduce them to the Old Ways, i.e., Labyrinth Lord. 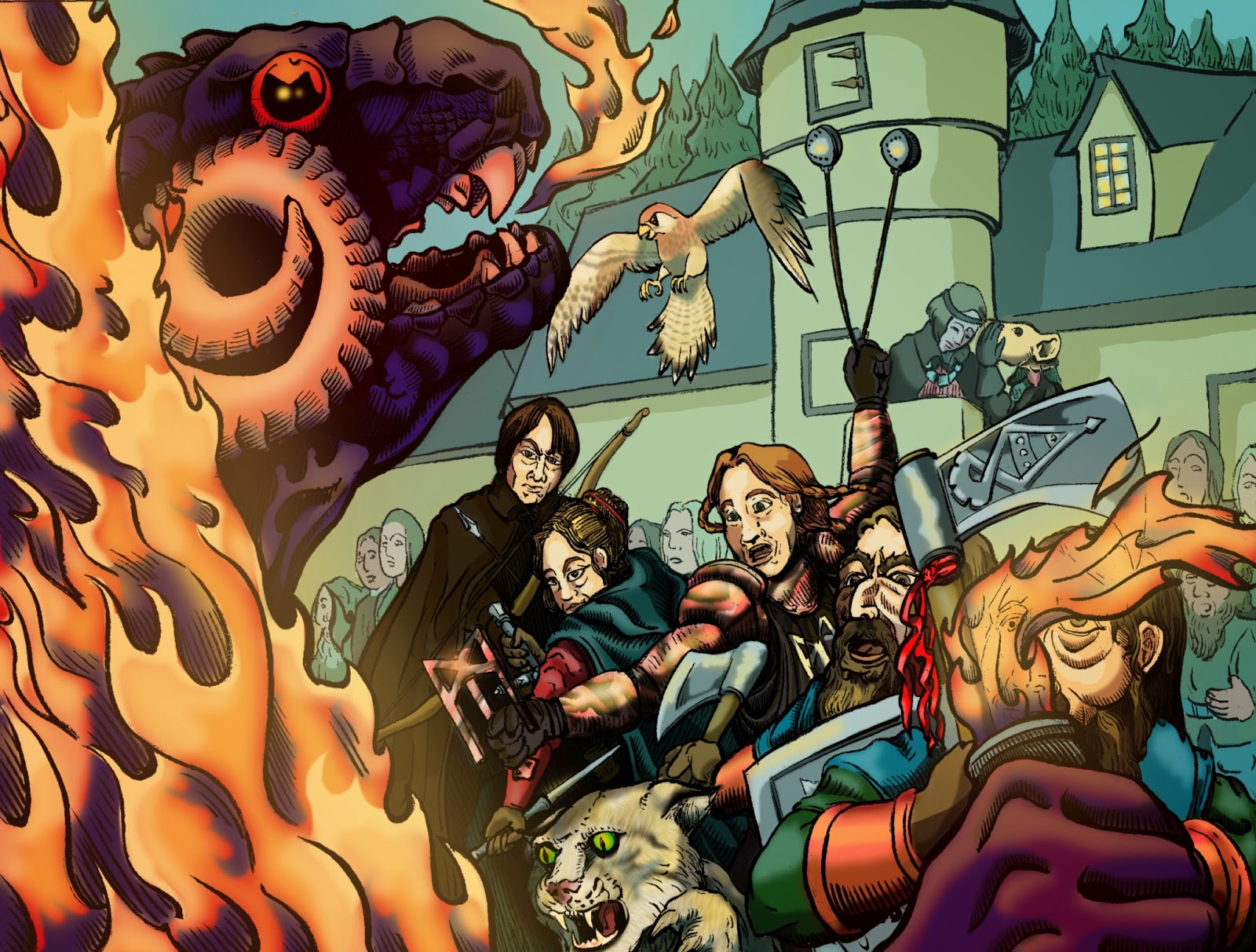 As for my home game, that campaign is reaching near-domain level play, as all the PCs have reached level seven or thereabouts at this point. They are commanding some units of specialized mercenary demon-hunters and defending the Free City of Kaladar from a possible alliance between balrogs and a vampire clan called Needbo. I am having fun with that group as they approach the campaign endgame, and yet I am not sure how much longer that particular arc will continue. We will likely still be playing through the summer, and maybe even until the end of the year, but once the PCs reach level nine or so, I think it likely that I will want to retire this party and have those players roll up a new adventuring group and start over. We will see what develops.

UPDATE 3/17/2014: I realized after writing the above paragraph about retiring the "home" campaign PCs after Level 9 that I may be somewhat contradicting myself from here, where I said that I "expect my PCs to claim land and erect strongholds starting at Level 9" and that I am "open to seeing this campaign continue through to PC levels in and beyond the 'teens.'" Why have I changed my mind since December 2010? Two reasons: (1) I am so damn busy now that learning or devising new "domain game" rules at this stage would be an impossibility, and (2) the Lift Bridge campaign is emphatically reminding me how much I enjoy that "sweet spot" when the PCs are level 3-6 or so. Therefore the idea of retiring Dak, Yor, Innominus & co. and starting that group over from scratch actually has immense appeal for me; name-level PCs are really powerful and demand really intense foes and situations. I can sustain this for awhile longer but maybe not into the double-digit PC levels.