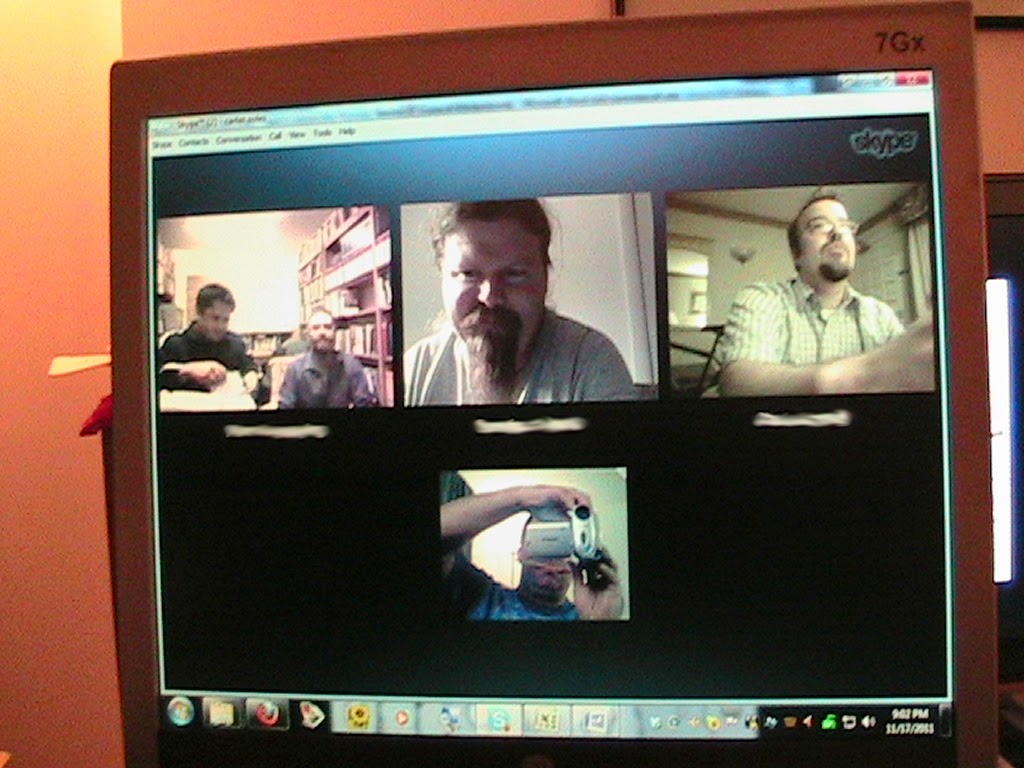 It has been quite awhile since I reported in detail about the adventures of the ongoing "home" Lands of Ara Campaign I conduct over Skype. This group has been playing together since January 2010 and includes players in Oregon, Pennsylvania, New Hampshire, New York, and (occasionally) Wisconsin. Just over a year ago, I inexplicably stopped recounting their exploits via regular session reports. Now I'm getting started again.

Borrowing from Cyclopeatron, I am adopting a briefer "Session Log" format to document sessions 60-69, bridging the gap between the last session report I posted and a forthcoming series of posts about the most recent developments in the campaign.

Starts evening of Day 192 at the West Gate of the Free City of Kaladar.
Innominus takes the charred remains of Brother Lawrence to the Temple of Carcoon, learns from the Carcoonian Priests that the Western Lands were invaded by demons roughly seven days ago.
Day 193: Meet with Kaladar's Lady Mayor Annabelle and Sir Draco, the Captain of the Kaladarian Royal Guard.
Uncle Junkal charms the Lady Mayor and encourages her to think fondly of Yor, Baron of Rogaland.
The party decides to ask around Kaladar about Morag the Arch-Summoner.

Start mid-afternoon of Day 193 in Kaladar -- light snowfall.
Party stays at Orc's Balls Inn, East District -- Uncle Junkal receives anonymous note sealed with wax, consisting of four pictographic symbols: a mer-lion, a saurian balrog, a wedge-shaped symbol, and a date one or two days hence.
Party visits Kaladarian White Council Magic-User's Guildhall -- meets Zardoz the White, gives him Dak's summoning circle rubbing. Zardoz says he will hand this stuff over to Z'klek, a summoning and demonology specialist.
Party decides to visit Stonehell that night since an unusual energy signature there matches wedge image on Uncle Junkal's cryptic note; the magic-users guild will teleport the party there with Threk and Savlene, a couple wizards, to assist.
That afternoon Uncle Junkal visits the Kaladarian Central Bard's College and asks about northern grave-desecration incidents; hears the name "Needbo."
Yor buys a cloak of protection +2 for 18,000gp. 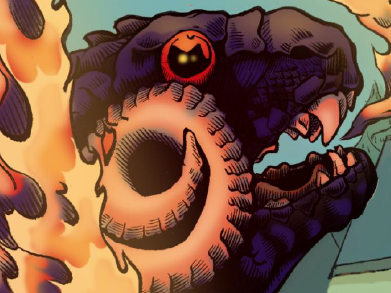 
Innominus:
What if the metal bobcats were our allies? We've now made them our enemies.

Vivuli:
Hey, it was a misunderstanding -- and we killed all the witnesses!

Starts around midnight on Day 193, in pillared chamber on Level 2 of Stonehell.
Pillars have mushroom-like runes at the top which UJ identifies as the sign of the Aldorian (Elven) House of Pyske.
Party descends to Level 3 and finds shape of a bobcat head burned into a wall. Beastarr picks up unique scent (implanted directly into his mind, along with a name: Keak the Fierce) and leads party into prison cell block.
Party breaks into cell, meets sulfurous demon bobcat (with scars on both sides of neck) chained to the wall. UJ charms it then Viv speaks to it in the Dark Tongue* and learns that the huge sulfurous thing claims to be imprisoned by "the Ukuku." When questioned about the metal cats, it calls them the Ukuku and claims they are "trying to take the vessel from us." When asked about Keak the Fierce, it calls him a "traitor," saying that "he'll sell us out to the otherworlders."

Starts after midnight on Day 193 (so technically the wee hours of morning on Day 194), in hallway outside holding cells on Level 3 of Stonehell.
Party dungeoneers through several rooms, descends one level, encounters and vanquishes four magma bobcats. One magma bobcat explodes after being killed. Viv finds a silver cock ring (worth 200gp) in remaining ash pile.
Party dungeoneers further, encounters three Bobcat Balrogs, UJ crits and kills a gated-in glebrazu in one blow.
Items recovered: a silver cock ring (worth 200gp) and a hobbit- or rodian-sized buckler +1.

Starts in the wee hours just before dawn on Day 194 in a chamber on Level 4 of Stonehell.
Stalactite cave. Dak curls up and Yor "bowls" him toward advancing phalanx of Piercers.
Cave Bear den, Vivuli x-rays and finds titanium broach.
Four-way intersection where Beastarr smells all three types of bobcat demon (magma, balrog, and metallic).
Chamber with the blue gate. Viv x-rays the gate, sees jack shit void. Viv then everyone goes through.
In metal-walled area. Walk under titanium arch -- Viv's titanium medallion tingles. Innominus casts detect magic and discovers that both the arch and the medallion radiate arcane energy.

Starts just before dawn on Day 194 in a metal-enclosed chamber on Level 4 of Stonehell.
Beastarr smells FAINT metallic bobcat, STRONG balrog bobcat, and a wholly new smell.
Viv discovers his x-ray does not penetrate the metallic material of which this structure is made.
Dungeoneer a ways, find some clues hinting at bobcat type culture in far Eastern Mountains of Ara.
Find large metal chamber with four thrones facing blue-glowing mural. Four tall, robed, catlike humanoids -- lion, tiger, panther, bobcat -- standing around big, bright column of light in center of room. Beastarr correlates these figures to new smell. None is Keak.
Viv bungles assassination of the panther-thing, Dak chucks fire gem, kills all four, melts their amulets, damages a couple of the big thrones. Column of light winks out.
Yor levels to Dwf. 7 at end of this session.


Innominus:
We're here for Keak -- we're gonna get him one way or the other.

Starts at dawn on Day 194 in a metal-enclosed chamber with bright blue mural and thrones, etc. on Level 4 of Stonehell.
Search big chamber, find ideographs on throne armrests, Uncle Junkal and Viv note them down. Turns out ideographs are on buttons, UJ pushes some of them, various things happen.
Pure white disc 6' diameter set into center of floor.
Wheeled thing attacks, shooting electricity.
6 Bobcat ninjas attack! UJ charms one, party negotiates.
Ninjas lead the party to private chamber nearby to meet the liaison to the hukuku, a big cat-humanoid like the robed ones in the previous chamber.
The liaison confirms that the balrog bobcats are his enemies. "Keak is imprisoned for negotiating with them." Also reveals that the metal section they're all standing in is a vessel for traveling between worlds, stuck here after a crash.
Party speaks with Keak, who confirms that the balrogs caused the interference that crashed their ship. Party successfully negotiates his release.


Innominus:
There's no shortage of things that need saving!

Starts midday on Day 194 outside Keak's cell in a metal-enclosed section of Level 4 of Stonehell.
Party and Keak leave ship area to venture back up through Stonehell to surface.
Keak wants to reach another rumored, much older ship crash site in Eastern Mountains. Innominus suggests to the party that it makes the most sense to take Keak back to the Free City of Kaladar.
Threk and Saulene teleport the party plus Keak back to White Council Guildhall in Kaladar.

The session continues with an interesting briefing with Zardoz, High Councilman of the Kaladarian White Council -- in an upcoming post! 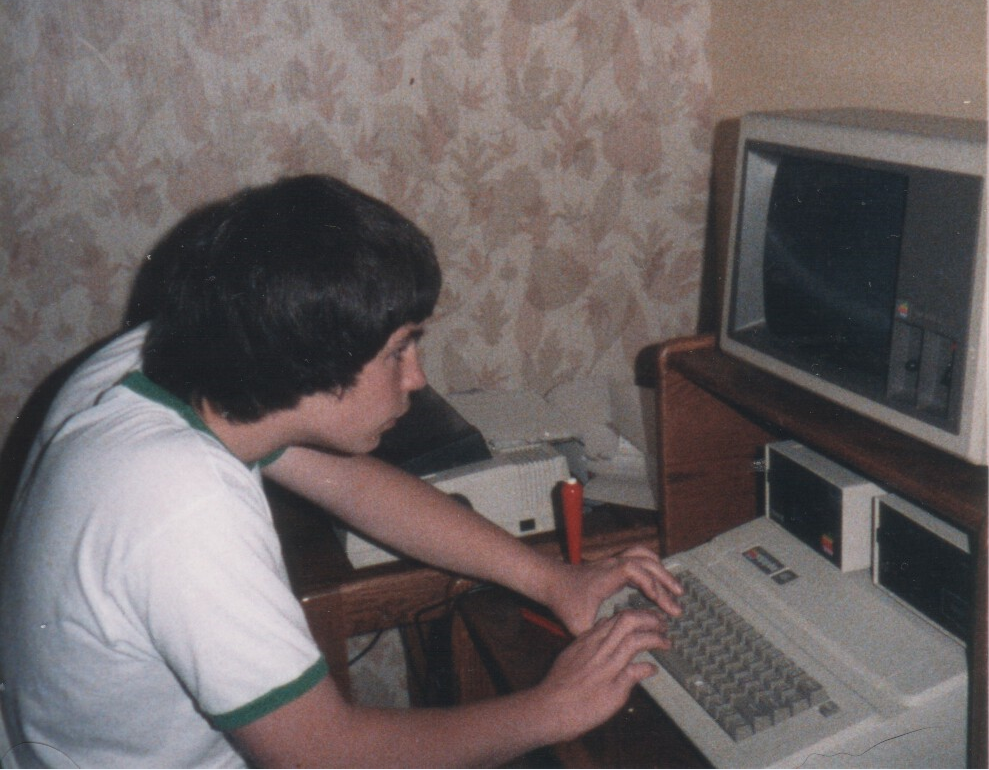 Sorry I've been so slow with these reports, but I'm working on one of these. 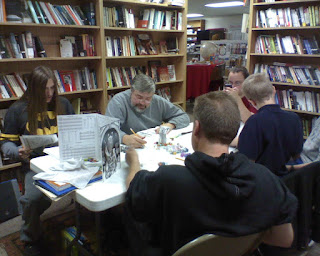 While most of the players have turned over since this picture was taken in Nov. 2012, this accurately depicts the space in which we play Labyrinth Lord at Lift Bridge Books in Brockport, NY.

Much as I reported last March, I have been away from blogging (and may remain so) for awhile but am very busy gaming! Today I want to post a couple updates about my open-to-the-public Labyrinth Lord game that meets twice a month at Lift Bridge Book Shop.

Repurposing Classic Modules
The Lift Bridge-based group has been adventuring in central and eastern Ara, having found a dwarven artifact weapon called Whelm in the treasure horde of a green dragon they slew a few days east of Kaladar. A few sessions ago, that magical dwarven warhammer communicated to one of the party members -- an elven thief named Rux Joopy -- and offered him a chance to become dwarven champion and hero. Rux accepted, and instantly transmogrified into a dwarf. The party then marched north to Gannar and received the blessing of King Robert V, who charged them to seek out another missing dwarven artifact, the sword Skeenkarbulo, rumored to be held by the vile fire giant king Snurre in the heart of the mountains.

As those in the know will have deciphered by now, I have been having a grand old time using some classic TSR adventure modules as the basis for this group's recent exploits. I am not slavishly following all the directives in these modules -- turning the resting place of Whelm into a dragon's horde rather than (primarily) the haunt of a crazy wizard, for example -- but rather modifying them to fit our own ongoing pursuits. Fun! 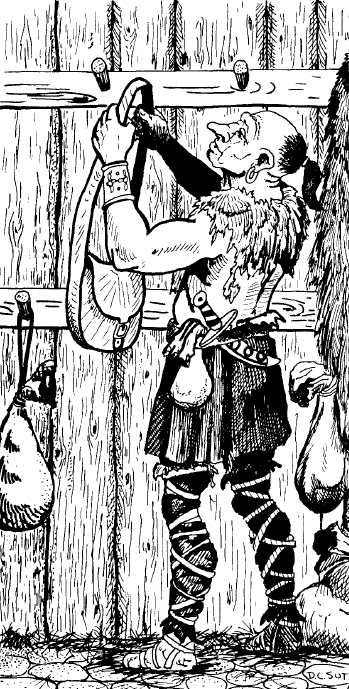 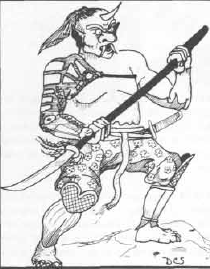 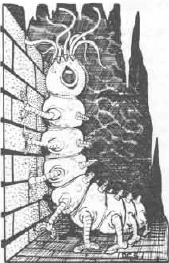 Starting New PCs
When PCs die, or when new players join the group, I have been starting off the new characters that replace them at a higher level than 1st, since the bulk of the party is now up at 5th and 6th level on average (Voltage the Druid, the longest-lived and most powerful character in the party, hit 7th level at the end of last session). The rough guideline I used is:

Not much else to report, just that we're having lots of fun.

UPDATE 9/22/14: Glancing over an old set of House Rules from my "home" campaign, I was reminded today that the Lift Bridge Campaign adopted a new ongoing ruling yesterday: During chargen, attribute scores are generated by rolling 4d6, discarding the lowest die roll, and assigning the result to each attribute in order: STR, DEX, CON, INT, WIS, and CHA.