Me and Orson Welles

No, my post's title does not refer to the Richard Linklater film of the same name, although I have been planning to check out that picture in the near future.  Rather, I intend to briefly comment on an actual parallel that exists between Welles as a theater director and myself as a DM. 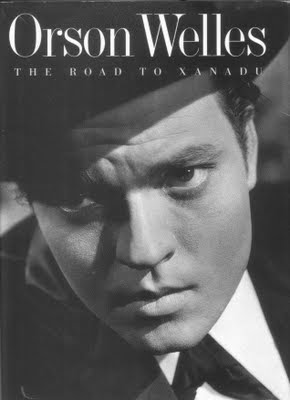 You see, I am currently reading Simon Callow's superbly written biography of Orson Welles, The Road to Xanadu, and am at the point in the mid-1930s when Welles (working with producer John Houseman) is making his first significant mark on the American theater scene with his all-black-cast adaptation of Macbeth.  Callow writes of Welles that:

"He was not, in fact, a great innovator at all; he was a great fulfiller.  Pragmatic rather than visionary, he was supreme as a doer."  (p. 242)

I think this aptly describes me (and perhaps many others) as a DM: a cobbler together of ideas, a hybridizer, a fulfiller.  I like that word.  Because while I am in awe of innovators and folks who can think "outside the box," what seems to matter most at the game table (or at least my game table) is an ability to flex with what you are given, to mix and match elements borrowed from anywhere, and to pragmatically address the narrative and game needs of the players and NPCs as they arise.  True innovation can be quite inspirational, and innovative ideas often provide the fodder that we doers work with, but at the end of the day, I am not ashamed to stand with Welles as a workmanlike borrower and weaver of other people's innovations.