I got some nice comments in response to my prior post about Freaks and Geeks, a really GREAT and funny 1999 show about 1980s high school life.  I myself strongly identify with the boys in the younger "geek" crowd from this program -- I was probably something of a cross between Neal Schweiber (Samm Levine) and Sam Weir (John Francis Daley) in my own high school days (1986-89).  So I thought I'd revisit those Freaks and Geeks memories again by posting a few pics featuring rising star and all-around Renaissance man James Franco, who played the "scoundrel with a heart of gold" Daniel Desario in F&G.  In the show's final episode, "Discos and Dragons," Daniel gets invited by Harris (the Dungeon Master) to participate in an AD&D session, and plays the memorable character "Carlos the Dwarf."  Given that their session ends with Carlos rescuing the princess, Daniel must be a natural RPG'er! 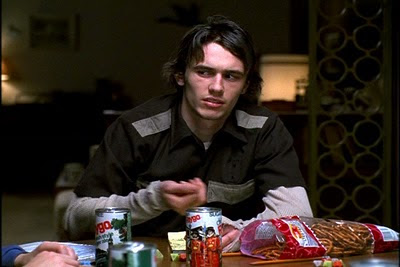 Daniel rolls up "Carlos the Dwarf." 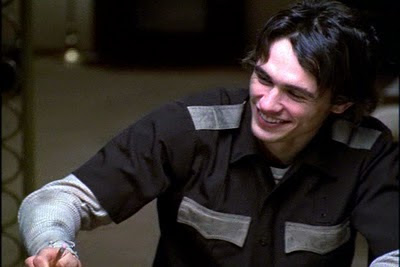 Daniel gets into the spirit of the game. 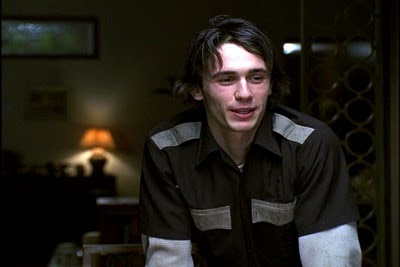 "Greetings, princess.  It is I, Carlos the Dwarf.  The dragon has been slain and you are free to rule your kingdom."