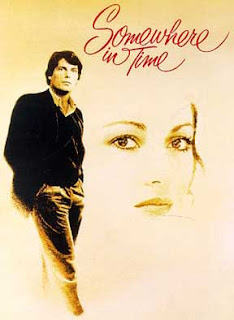 In the classic time-travel romance movie Somewhere in Time, the protagonist, played by Christopher Reeve, hypnotizes himself so he can travel backwards in time to 1912, the period in which an actress he is obsessed with lives. All is well until at one point late in the film, he breaks the hypnotic spell that allows him to exist in the past by accidentally glimpsing a penny from his own time: as synopsized on Wikipedia,

[Reeve's character Richard Collier] reaches into [his pocket] and finds a shiny new Lincoln penny with a mint date of 1979. Seeing an item from his real present wrenches him out of his hypnotically-induced time trip, and Richard feels himself rushing backwards with Elise screaming his name in horror as he is pulled inexorably out of 1912.

I think that certain game mechanics act like that penny for me: they obtrude into my immersive game experience and pull me out of the game world as I want to inhabit it. The particular concepts or mechanics that create this effect are purely idiosyncratic to me, and are admittedly based upon my own early experiences with the RPG'ing hobby. They may even designate me as a curmudgeon. If so, so be it.

I raise this issue because I am doing my best to motivate myself to return to the regular teen gaming group I first visited a few weeks ago, but I am having trouble. And I admit that my reticence is in large part because the group plays D&D IV. This is NOT a rant against that system in general, and believe me when I say that I really do wish that I could be as mature as Christian and simply "be quiet and play the [4e] game to my best ability and to do my best to be a good participant, even though it lacks many structural and thematic events that I prefer." But I struggle, because for me, simply hearing the words "healing surge" or "daily power" at a game session does to me what that penny did to poor Christopher Reeve: it sends me "rushing backwards, pulled inexorably" out of the world of the game. I want to rise above such pettiness, but I am finding it quite difficult -- as The Happy Whisk asks in Christian's comments, "Why are you playing a game you don't enjoy?"*

Of course, I have an answer to that question: because I want to convert said D&D group to the Old Ways, to get them playing Labyrinth Lord. And I may be able to get back in there and stick it out long enough to accomplish that goal, assuming the group is willing to go there. But right now I am really struggling. I am not proud of this, but there it is.

And for the Joesky tax:

Penny of Retrieval
The Penny of Retrieval is a very rare item thought to have been created by insane wizard Alaxxx Leprongo Kulikkx. This unassuming-looking copper coin (worth 1 cp if not recognized as magical) automatically returns one teleported or gated being to its point of origin. All the being must do is look at the coin, and s/he or it is instantaneously transported back to the place from which s/he or it was first gated or teleported. The coin works equally well within one dimension or interdimensionally, and functions whether or not the user is aware of its presence or function. In fact, the Penny of Retrieval is often slipped into a dimensional traveler's pockets without his/her/its prior knowledge.

--
* Just so you don't think I am picking on D&D IV exclusively here, allow me to mention that ascending AC is another such "penny" for me -- the penny that has so far kept me from playing Swords and Wizardry despite my immense respect for that game.  Just seeing ascending AC figures in the S&W White Box booklets somehow ruins the vibe for me. [EDIT: I am eating those latter words now.]