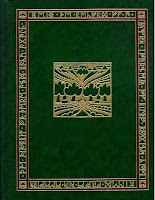 I have been thinking about Hobbits lately, for many reasons I suppose. For one, The Hobbit is probably my all-time favorite J.R.R. Tolkien novel.  It is faster paced and funnier than the books of the Lord of the Rings trilogy, and while Fellowship of the Ring in particular stands out as a flat-out awesome fantasy novel, I vaguely prefer the more whimsical yet satisfying (because it stands alone?) "prequel" installment.

My fandom of The Hobbit was reinforced at an early age by exposure to the Rankin/Bass animated film, which I have always loved. Surely the forthcoming two-part Peter Jackson film adaptation, starring personal favorite Martin Freeman, also plays a role in my having hobbits on the brain. 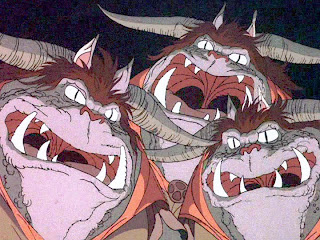 Furthermore, a friend who may be joining the Lost City Campaign* as a new player when it re-starts at Lift Bridge Books in May recently said that he wants to play a hobbit in that game. Yes, he used the word "hobbit" even though we were talking about Labyrinth Lord, without any specific mention of Tolkien.

And then Spawn of Endra came and visited me here in Brockport last weekend, and we got to talking about a really amusing idea incidentally connected with hobbits (which I will post about soon).

All that got me to thinking about my strong preference for the term hobbit over halfling.  I rarely use the latter term at all.

THEN I looked back over the most recent Arandish Campaign session report** and realized that I also consistently use the term balrog for a balrog, not balor or type vi or whatever.

No, I like me my good old-fashioned Tolkien terminology; it looks like I am Tolkien snob (purist?) all the way in this respect. Another friend and current player in the Lost City Campaign (who, it should be noted, lives with a domesticated rabbit named Gandalf) dropped by this evening, and we got to talking about The Hobbit, and he agreed that it is a totally enjoyable novel. See what I mean? ADVENTURE is in the air, and hobbits are a part of it! 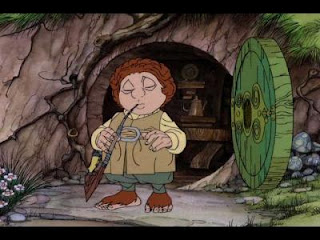 "The Greatest adventure is what lies ahead. . . " 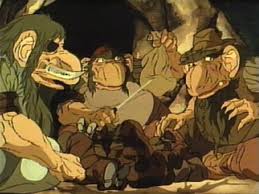 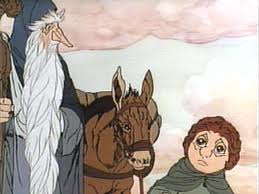 "Have yet to be said. . . "
--
* I hereby rename the so-called Brockport Campaign the Lost City Campaign. Fuck all this ABC shit.
** My reports lag four sessions behind the actuality: I am within a few days of posting a report for session 51, and we just played session 55 last Sunday.