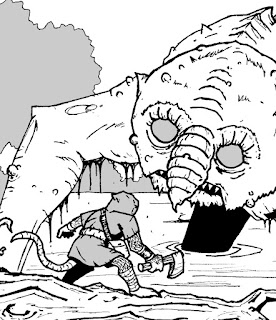 Well, this week is the time by which Spawn of Endra and I had planned to be releasing the Lands of Ara Compendium 2011, but a few factors have influenced our decision to slide that release date back to the end of March.  Those factors include:

- Both of us got busy with other stuff.  I have had a full teaching semester thus far, and the past couple of weeks have been particularly intense as we headed for and plowed through midterm exams last week.  Meanwhile, Spawn has been finishing the final revisions of his doctoral dissertation manuscript, submitted as of today, I believe. 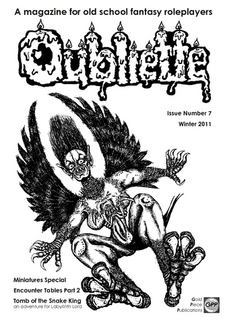 - Our principal interior artist, Kelvin Green, has delivered all his artwork on time, being the professional that he is. Yet there have been some wholly new developments on the artwork front over this past weekend. You see, Peter Regan, editor of Oubliette, got in touch late last week and offered to run a feature on the Lands of Ara in the forthcoming (Spring 2012) issue of his fine magazine.  Of course I said "Yes!" Peter agreed that we should use a few of Kelvin's Compendium pieces in the Oubliette spread, but he also set his in-house artist, The Marg, to the task of generating a few Arandish Troll images as well. As you might imagine, The Marg's illustrations are totally awesome, so Spawn and I want an extra week or two in order to incorporate her work into the Compendium's pages as well.

So please bear with us.  The Lands of Ara Compendium 2011 is coming (for free download!) by the end of March.  And just to hold you over for the additional time we need, I have provided a sneak peek at some of the forthcoming Compendium artwork: a snippet of Kelvin Green's rendering of a swamp troll (at top of post) and The Marg's take on the fearsome tree troll (below).  Enjoy! 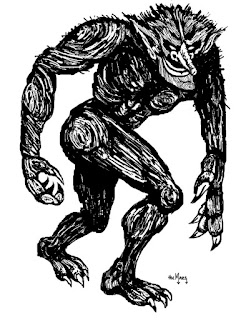