As you may have guessed, I ordered a Pound-O-Dice from Chessex, and it arrived at my door yesterday!  Here is the box it came in: 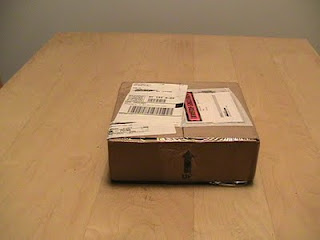 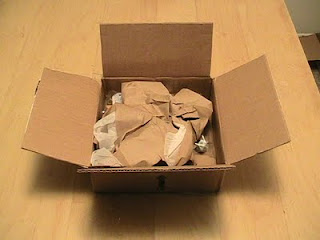 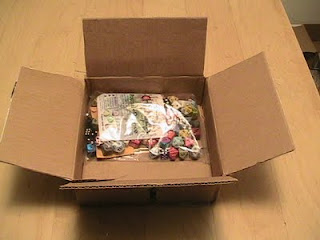 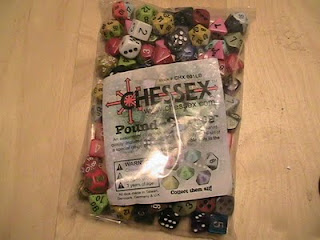 (My cats prefer the box to the dice.) 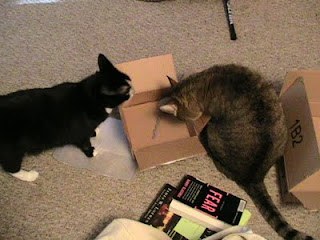 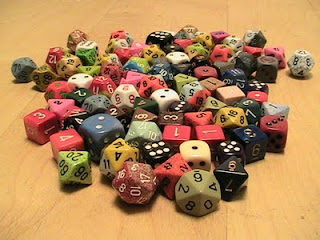 . . . depicted here with the bonus set of dice it comes with in its separate sealed envelope . . . 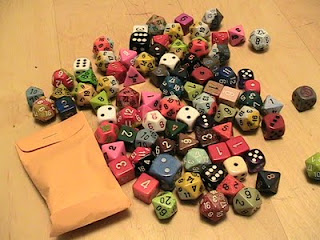 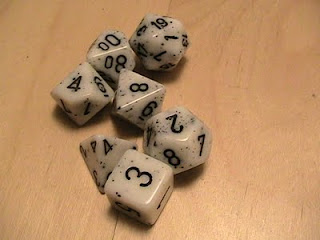 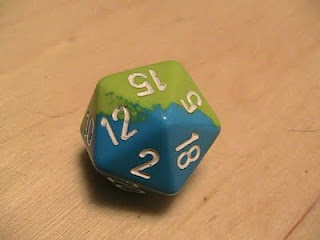 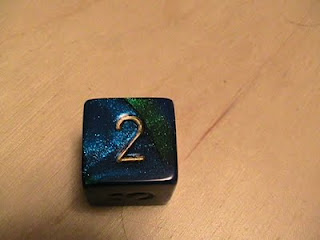 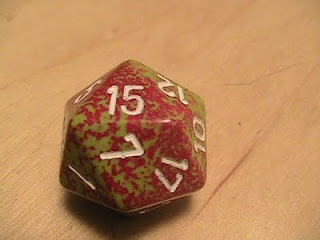 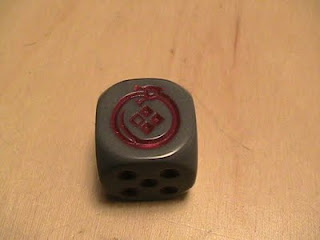 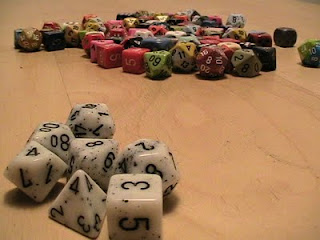