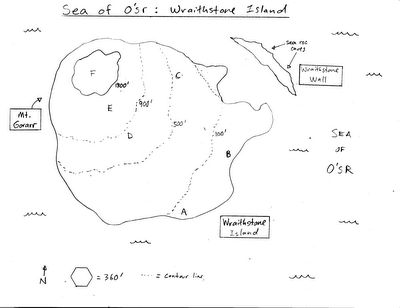 As you can see, I have completed a freehand map of Wraithstone Island, and as this goes to post Spawn of Endra has already added numbered grayscale hexes to this map at the scale indicated.  The hexed version will be the "final" version and will accompany the key and wandering monster tables in the pdf.

I have most of the Island key written up, and should be ready to post that (along with the hexmap) sometime later this afternoon or early tomorrow.

I drew the Wraithstone Island map and wrote the bulk of the key while watching Indiana Jones and the Kingdom of the Crystal Skull yesterday.  It's a pretty fun movie IMO -- it is awesome to have Karen Allen back onboard as Marion Ravenwood, and Cate Blanchett is really stellar as the Russian villain Spalko. The movie is pretty wild science-fantasy, and my favorite sequence is the weird fire ant attack, where bazillions of fire ants swarm out of these huge nests and sweep whole people away to their doom. 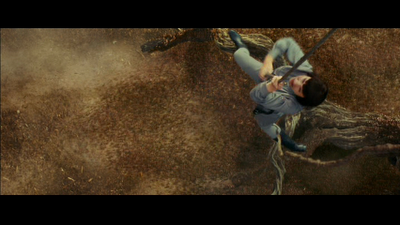 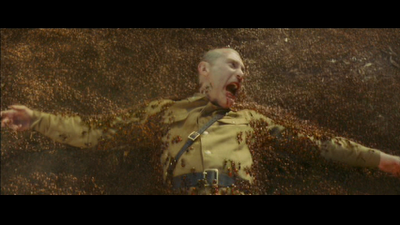 This guy isn't so lucky. 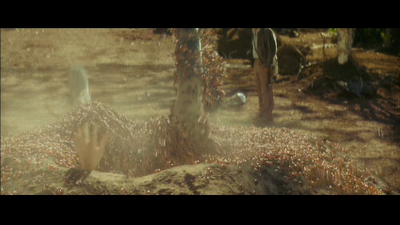